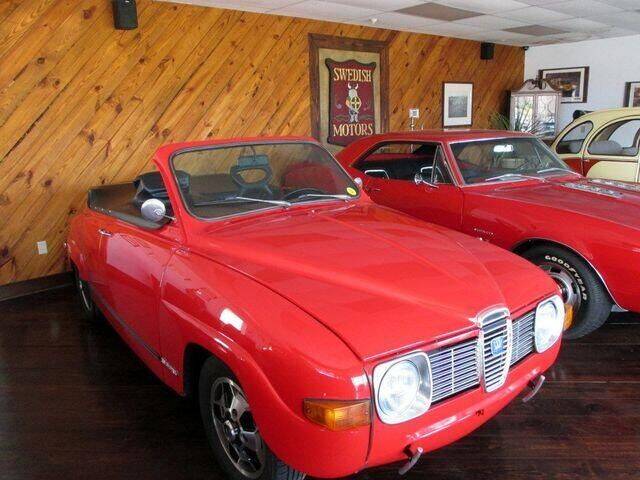 RARE - ONE-OF-A-KIND SAAB Droptop The Saab 96 is an automobile made by Saab. It was introduced in 1960 and was produced until January 1980, a run of 20 years. Like the 93 it replaced, the 96 was a development from the old Saab 92 chassis and, on account of its improvements and modernization, it opened new markets for the company. It was the car for which the marque Saab became internationally known, not least because of its safety innovations and its motor sport successes. This is a very rare and unique automobile since the Saab Factory never produced any convertibles in this body style.. The entire rust free chassis was extensively reinforced before we removed the top in our own body shop many years ago. This1700cc V4 coupled with a 4 speed "on the column" transmission runs and drives 100% It is a multiple show winner,definite head turner, and conversation piece. It is very unique and very functional.