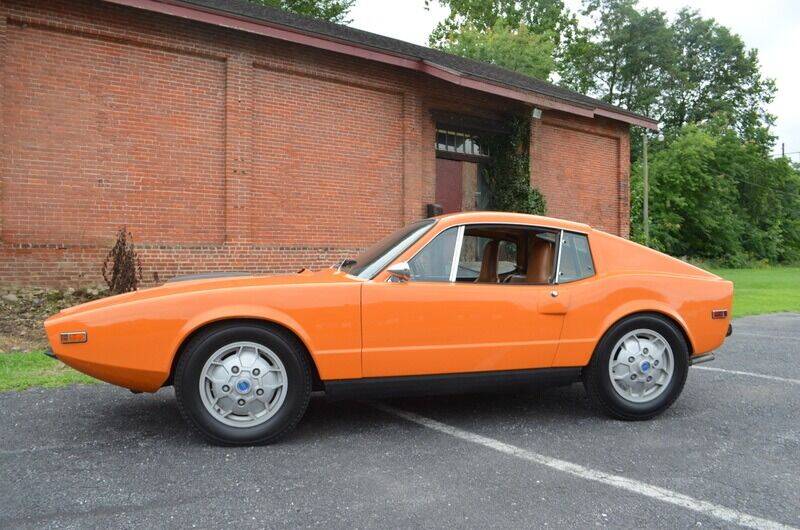 Same owner for 45 years that was Saab USA Sport and Rally Competition Department Director. All original paint in normal condition for it's age with minor stress cracks and a few knicks in the fiberglass. Please view the pictures of the blemishes.The body and floors are solid with no rust and no evidence of patches or any repairs. This is not a restored Sonett, it is a well preserved original classic with patina that can not be duplicated. The interior is original and in good condition with the original headliner. The factory AC is not working but it is all there. The engine runs strong and the transaxel is quiet, shifts properly and the freewheel works and the clutch and brakes are fine. This time capsule has an upgraded MSS sxhaust system and Koni shocks. In its 55-year history as an auto manufacturer, Svenska Aeroplan Aktiebolaget, or Saab, has produced many sporty and even race-winning cars. But the only true sports car to have emerged from the Swedish constructor is the Saab Sonett. First shown in 1956, the Sonett I/94 was designed as a competition car for the street, a road-going prototype that would allow Saab to get around the restrictive European rally and GT racing rules of the early 1950s that forbade significant mods to standard cars for racing. Equipped with the 57-hp, 748-cc two-stroke unit from the 93 coupe, the fiberglass-bodied Sonett looked to be a serious contender. By the time it was ready, however, the rules had changed, allowing more modifications. The original Sonett was dropped after only six cars were built. Ten years later Saab revived the model as the Sonett II. Project 97 was a car intended purely for the street. Powered initially by the 841-cc, three-cylinder two-stroke from the Saab 96, the Sonett II was upgraded in 1967 with a German Ford-sourced 1.5-liter V4 producing 65 hp. But the styling of the fwd Sonett II's fiberglass body didn't quite live up to Saab's needs for a sports car that could sell well in America. Enter Sergio Coggiola, from the design hotbed of Turin, Italy, who was charged with penning the shape for a new model. Coggiola revised the car's front end with a longer hood, full-width grille and pop-up headlamps. Riding on a steel monocoque chassis with rollover bars in the A-pillars and an integrated roll bar behind the seats, the Sonett III's elongated fiberglass body proved more popular, pushing sales in the United States to nearly 2500 units by 1974. At its debut in 1970, the Swedish-Italian-designed two-seater retained the 1.5-liter V4, but that unit was replaced in 1971 with a revised 1.7-liter version to meet emissions standards. Output from the carbureted engine remained unchanged, at 65 hp. Trans- mitting that power to the front wheels was the same four-speed transaxle found in the Sonett II, but with the shifter repositioned to the floor, a break from Saab's column-mounted tradition. The car's fiberglass-shelled bucket seats have an adjustable lumbar feature, essentially, a strap-mounted pillow that slides up and down. The car's fwd layout affords greater comfort than that available in similarly sized contemporary rwd sports cars. With no need for a center transmission tunnel, the footwells are roomy and pedal placement is good. A large steering wheel bearing Saab's cool aircraft logo, and a full gauge package with speedometer to 120 mph and tach to 7000 rpm, face the driver. Optional a/c was added in 1971, further strengthening the Sonett's appeal to Americans. The Sonett III's independent, coil-sprung suspension, with unequal-length A-arms in front and a solid-axle rear, produces pleasantly neutral handling with front-drive understeer at the limit. Riding on 15-inch, soccer ball-style alloys, the 1830-pound Sonett's front-disc/rear-drum brakes bring it to a halt quickly. The car's light weight notwithstanding, Road & Track reported a 0-to-60-mph time of 13.4 seconds and an 18.6-second quarter-mile for the 1972 model. Still, it feels faster, and it sounds cool.