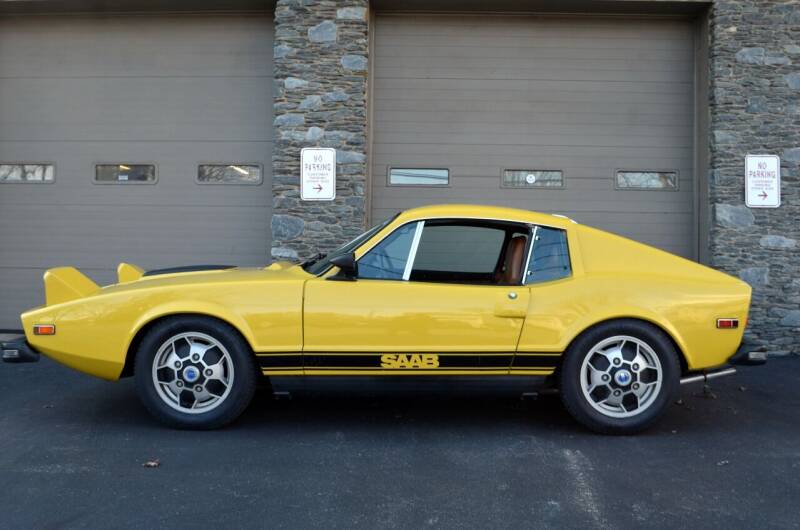 WOW!!! This is probably the nicest Sonett I have had in more than 50 years of fooling around with Saab. NO IT IS THE NICEST AND SMOOTHEST - IT IS AS CLOSE TO NEW THAT YOU WILL EVER SEE Check out this Super low mileage-All original-Same family owned since new Sonett III delivered to Brewer's Saab in Maryland. It has been continually refreshed throughout it's life, several times here at Swedish, including all fluid changes and brake and hydraulic clutch cylinders refreshed and recently new tires. Saab built the Sonett III to be more than a sports car you drive. They built it to be a sports car you experience. A car that feels like freedom itself. A car that heightens your senses on every corner, every hill, on every straightaway. It is a thrilling limited production two seat front wheel drive sports car. It has had some documented mechanical refreshing throughout it's life including here at Swedish. Saabs have developed a reputation for performance, thanks primarily to the automaker's pioneering adoption of turbocharging in its regular production cars. With the turbo so deeply ingrained in Saab's DNA, it's easy to overlook the company's only true sports cars, the two-seat Sonetts built between 1956 and 1974. And with a sturdy front-wheel-drive chassis, tunable V-4 engine and timeless styling executed in rustproof fiberglass, the Sonett III proved that Saab truly saved the best for last. Despite its perennial low production, only 2100 in 1974 the last year of production, the Sonett III has become a beckoning siren for a small number of vintage Saab enthusiasts. And although it uses an engine whose parts are long since gone from most dealers' shelves, as well as a body whose trim is rarely--if ever--reproduced, the car has some dedicated supporters who keep the Sonett community mobile by sourcing OEM parts and remanufacturing those that are no longer available. Do-it-yourselfers can find great technical assistance online, with clubs and a virtual community of knowledgeable, helpful Saabers, and Sonett specialists can help with the rest. Despite their diminutive size and lack of "modern" creature comforts, the joy of driving these unorthodox two-seaters is pure, undiluted Saab